What pictures come to your mind when you think about Finland? Maybe green forests, a lot of beautiful lakes, crazy Finns and the NORTHERN LIGHTS? Forests, lakes and Finns are easy to find here but to find the northern lights was more difficult than we thought. Probably nearly everybody has seen some fascinating pictures with the beautiful green and purple lights in the sky, but what is the reason for this beautiful spectacle of the nature? The bright dancing lights of the aurora are actually collisions between electrically charged particles from the sun that enter the earth’s atmosphere. The lights are seen above the magnetic poles of the northern and southern hemispheres. So Finland is one of the places to see them!

Now we want to tell you about our quest in search to see the sky enlighten colourful.

First, in the middle of February Samuel and Grégory went to Lapland to discover the beauty of nature. They tried to catch northern lights but it was too cloudy. Every time again they tried to see the spectacle outside, days after days they lost their patience to catch them. Apparently Rovaniemi has too much light pollution and the weather was really bad to see the northern lights at that time. Grégory and Samuel’s last day in Lapland were even more disappointing because they had heard that at the last night some people in the north were able to see it. When eventually Grégory and Samuel came back to Kiljava, explaining their experiences with some of the Finnish students, they’ve been told that there is a possibility to catch some of the northern lights here in Kiljava as well!

Later, in the middle of march 9 fellow students went to Rovaniemi again. They all had a lot of different plans on doing something in Kiljava, but one thing was in common – they wanted to see the northern lights! In the weeks before the trip they were all sure: they would see them! Some of them downloaded apps on their mobile phones explaining that the probability would be high on the weekend, so they planned to go. Assuming if the app said exactly that, then it must be true? In the days before the trip the weather forecast showed cloudy skies. Meaning that it isn’t good for seeing the lights. So for the first night, standing outside, on a frozen lake, with ‘sooo’ many clothes on, the only thing they could see, was… the sky. A normal black sky, that everyone can see everywhere during the night. Sometimes someone said “ahh look there!”, but it was nothing special. It was slightly disappointing but all hopes were focused on the last night of the trip. The weather forecast back then showed that the skies were about to be clear and so there was no reason to become desperate. They had a lot of hope on seeing the lights that last night.

At the last night it was -10 degrees, the sky was clear and they were full of hope but also in expectation to get disappointed. Maybe the positive thoughts in their minds felt also a little bit cold and because of that they weren’t that motivated to be outside for nothing again. So, the last try in Lapland started as followed: Tessy was standing there with her camera (she made all the beautiful pictures we used in this post), Brian used music on his mobile phone to add some sphere and some people started to dance a little bit to get warm. And yes, there was something green at the horizon, but really it was not much. “Really? That’s all? Should we be happy, because we’ve seen anything? Or is it okay to be disappointed?” Tessy made a lot of pictures, but the pictures showed more than you can see with your own eyes. They waited a while with the hope to see better results, but it stayed a really dim light at the horizon. After a while we went inside before we would become ice blocks. Somebody said, that in the next week the probability is high to see the lights in Kiljava, so there was some hope left to see them later. 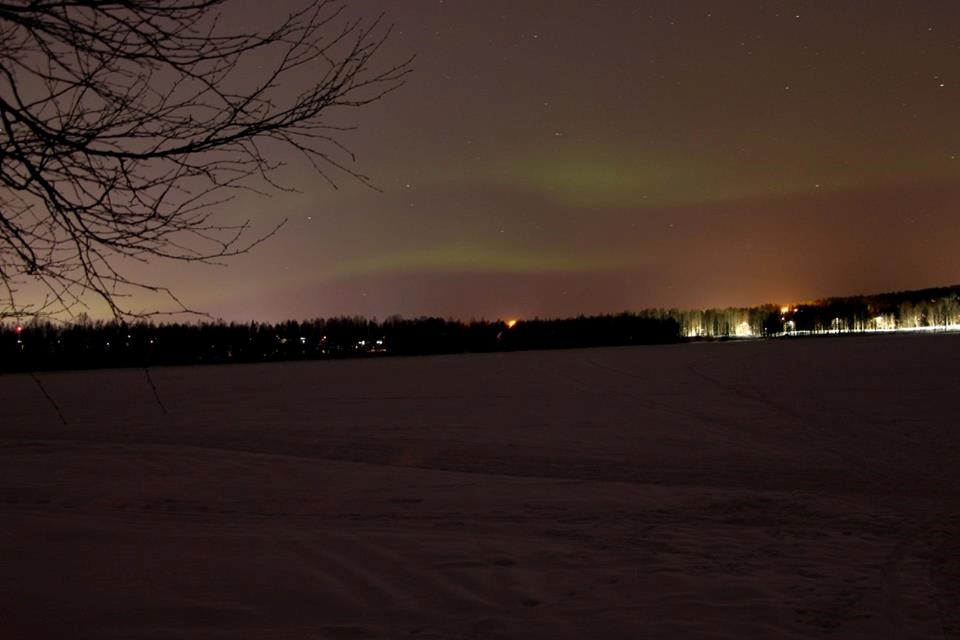 A few days after the journey to Lapland, everyone back at home, Mieke sent in our WhatsApp goup: “We see the northern light now!!!”, Brian: “WAKE UP AND COME”, everybody was soo excited, you could hear the people running, everybody wanted to see them. All ran to the roof and there was something to see, but not so much as expected after this big excitement. 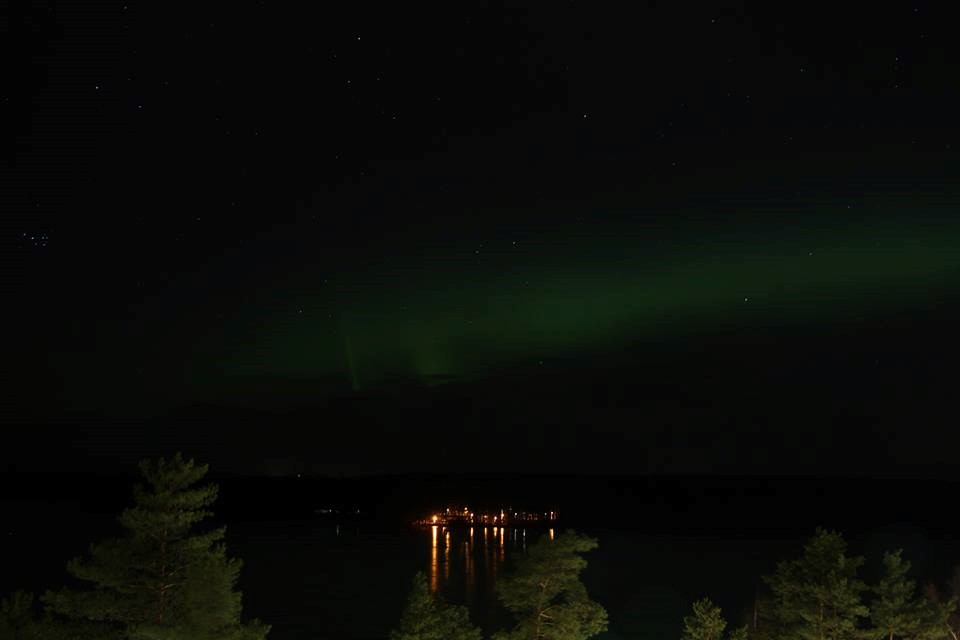 A day later it was exact the same. That night the whatsapp message was in dutch: “NOORDERLICHT!!! NOORDERLICHT!!!…” The people started running again and yes – it was the night with the nicest lights for us. Now you could see them definitely. The funny part is, because of excitement, Grégory jumped out of his room and totally forgot his keys inside. It was just after taking a shower, so he stood outside with only his towel. Really… freezing!! Finnish people laughed a lot when they saw Grégory standing at the reception, asking for the key of his door, with only his towel around his waist! 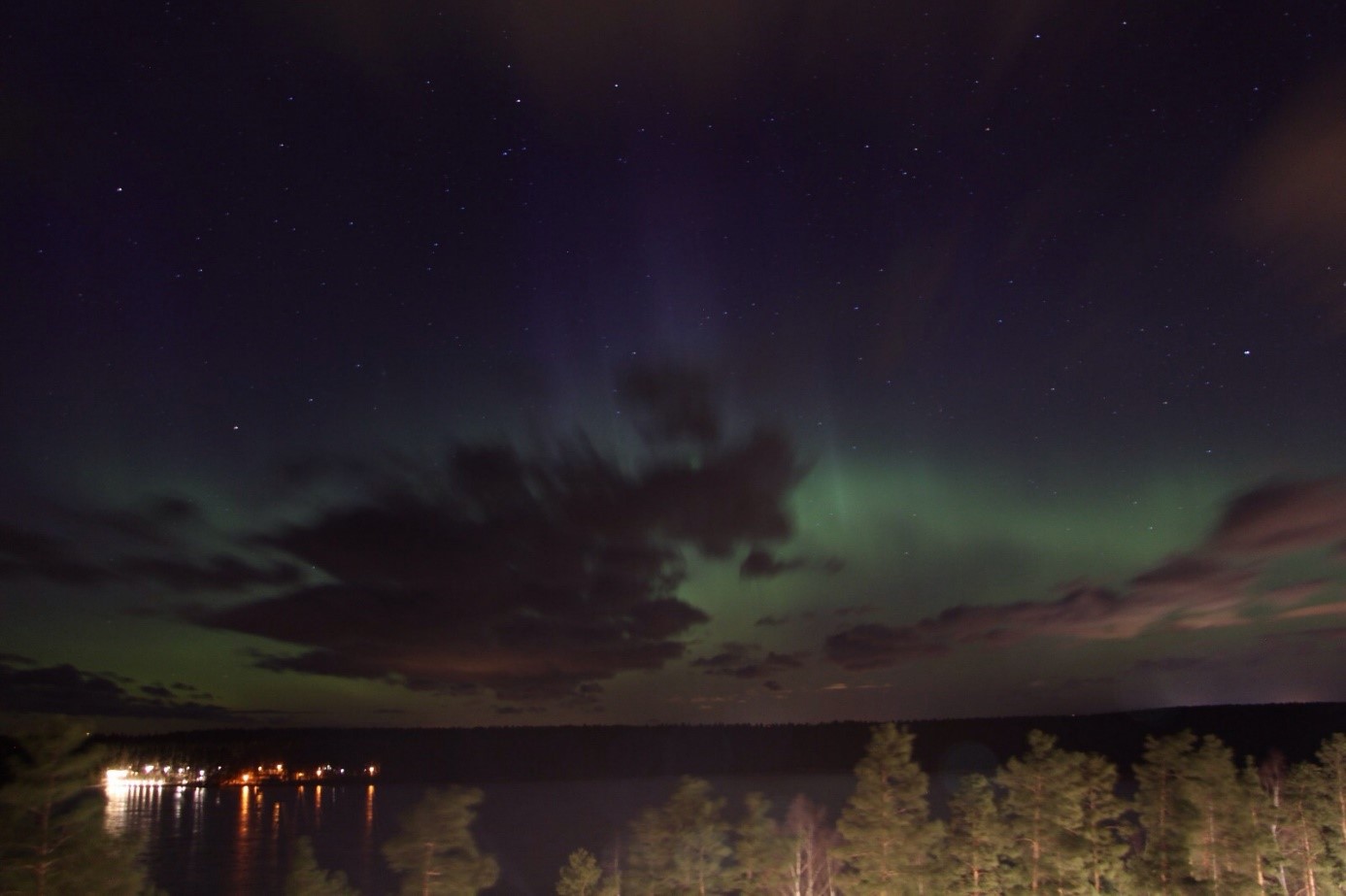 But the Northern lights are really beautiful, just be careful you don’t end up as Grégory…