We had been in Finland for almost a month when a once in a lifetime experience happened: Lapland.

We left on a Wednesday evening by night train and arrived in Rovaniemi Thursday morning at 7:30 am. We had our own cabin in the train so we weren’t disturbed during the night. Sleeping was a difficult quest and Leen and Rani ended up sleeping on the floor while Freya and Bente lied on the seats.

When we arrived we decided to put on more layers as it was much colder than down here, we had some breakfast and we started our adventure with a walk to the centre of Rovaniemi. After a half hour walk we got there and found somewhere to sit down for a bit and Skype with our lecturer, Juha. As we could only go to the home we rented at 16 o’clock we wasted some time in the city centre, had lunch and bought some food for the next 2 days. After that we found the bus towards our house.

Once we arrived at the home we decided to take a nap as we were already very tired and did not want to fall asleep during the reindeer sleigh ride.

At 8 PM we got picked up at our house and we were all very excited, we had already seen the Northern Lights. It was not the clearest vision because of the light pollution but that didn’t make it any less spectacular and beautiful. We also knew we were going somewhere without lights so it would be more clear to us soon. 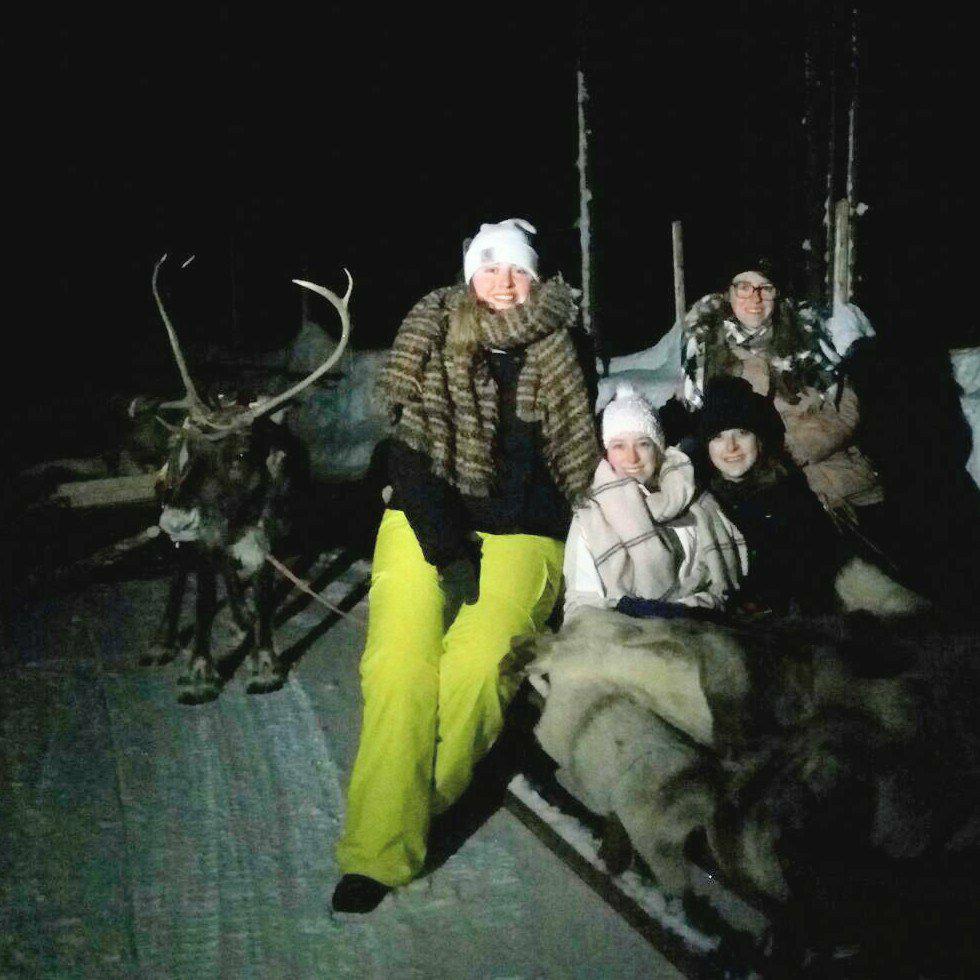 Once we arrived at the ‘secret location’ of the reindeer safari, we got paired up for the ride. Rani and Freya sat together up front and Leen and Bente sat in the second sleigh. The three reindeers were called Willy, Yussi and Pikki, the third one had 2 other people who we didn’t know. After an amazing ride under the stars and in the forest of about 40 minutes we arrived at the destination point where a big tipi stood. Inside was a cosy fire where we sat for a while, drinking some hot berry juice and roasting some sausages, all while getting information about the location and the wildlife. To close off the night we got to feed the reindeers with their favourite treat: a mix of fungi and algae. 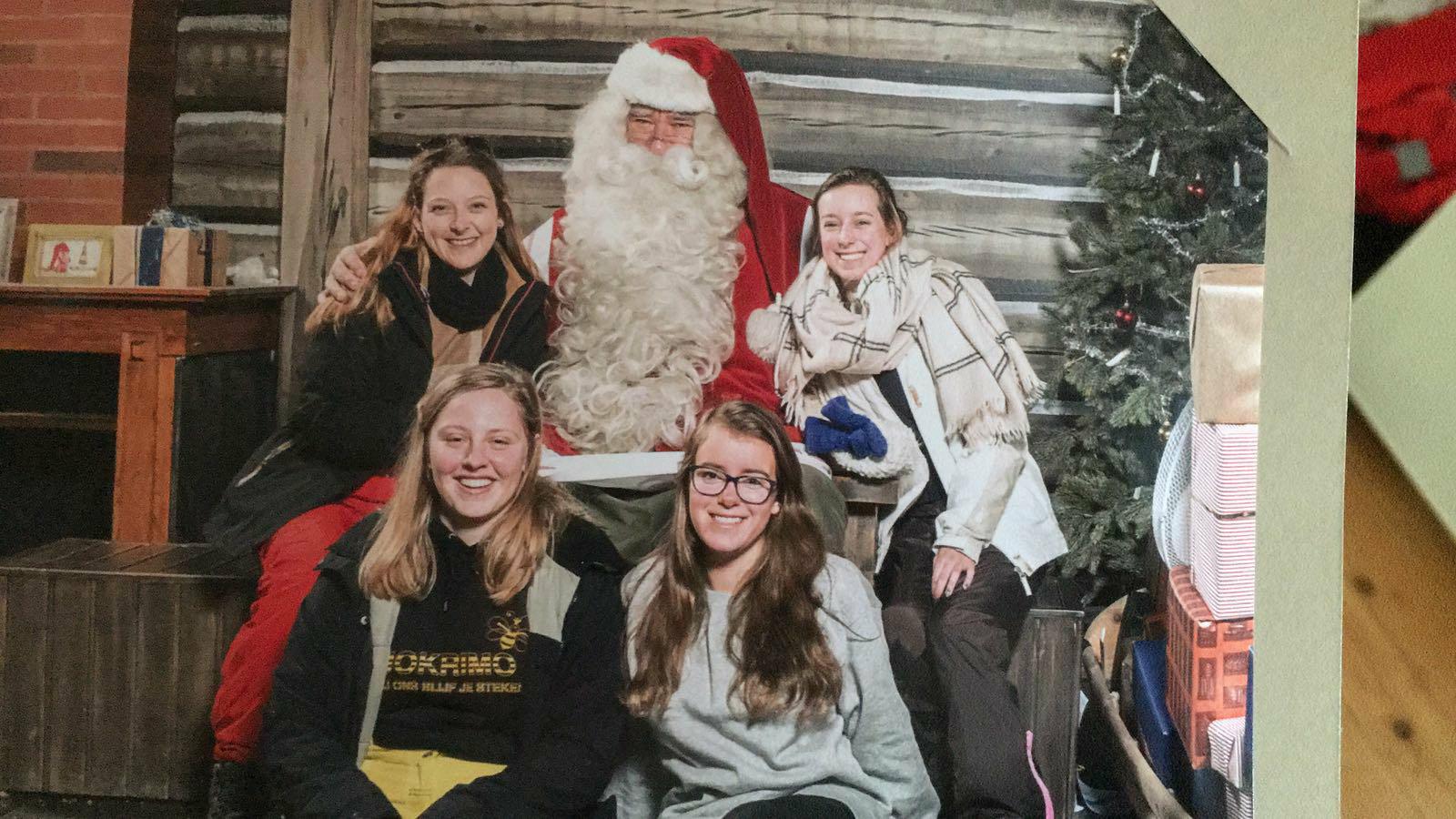 On the second day we went to Santa Claus Village, where we took a picture with Santa himself, got our reindeer driver’s license and grabbed something to eat. 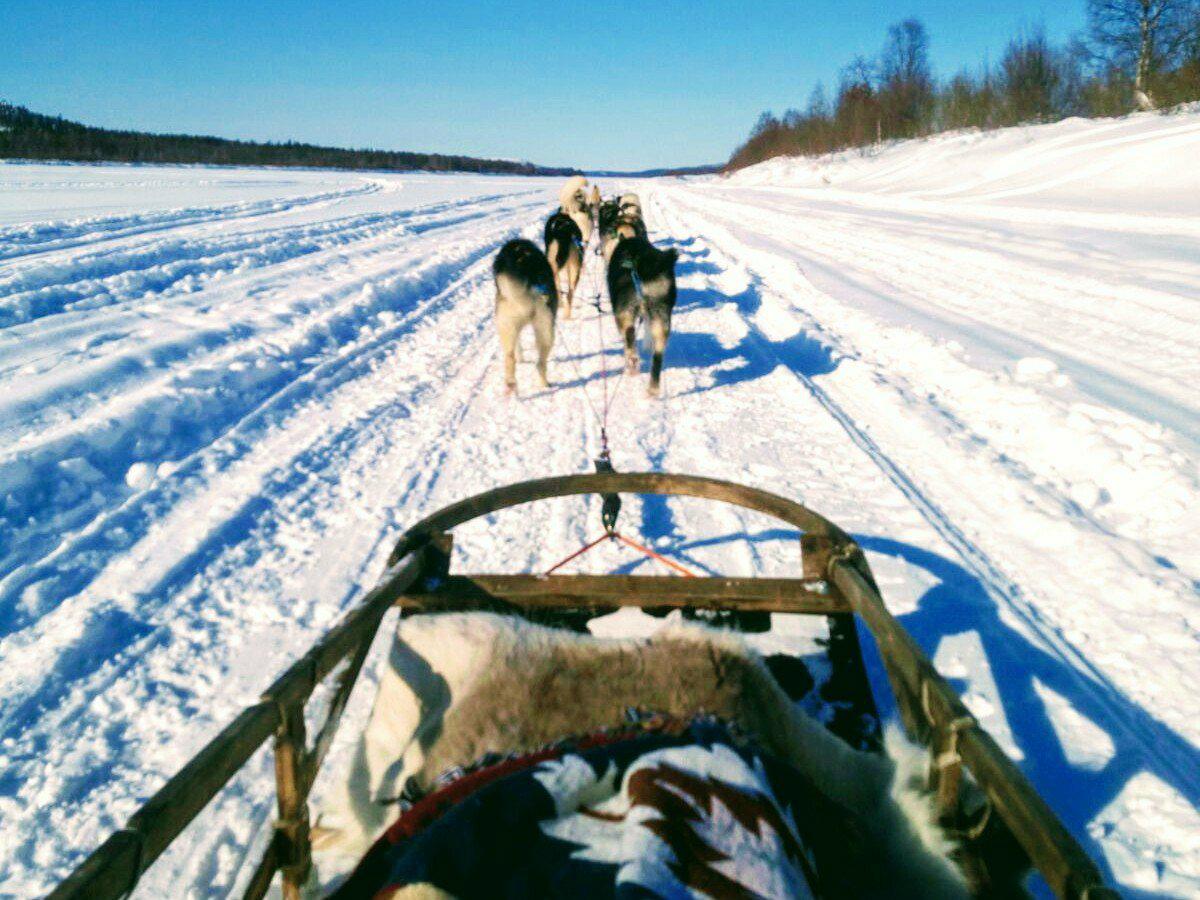 Around noon we went on a husky sleigh ride. Before and after the rides we could pet the huskies through a fence and at the end we were allowed to get in the puppy pen and snuggle with them. The ride itself was beautiful and it was amazing to see how obedient the dogs were. We honestly didn’t want to leave.

That evening we went ‘Aurora Hunting’ and saw the Northern Lights even more clear than before. Rani and Freya also had an fun time jumping in the high snow, feeling like little kids again. On the way back to the starting point we were being transported by a snow train: a snowmobile with 3 carts attached to it. When we were almost there we crashed because our driver wanted to take a shortcut and didn’t take into account that the snow around the readymade path was very soft so we sank into it sideways. We all had a good laugh and luckily no one got hurt. 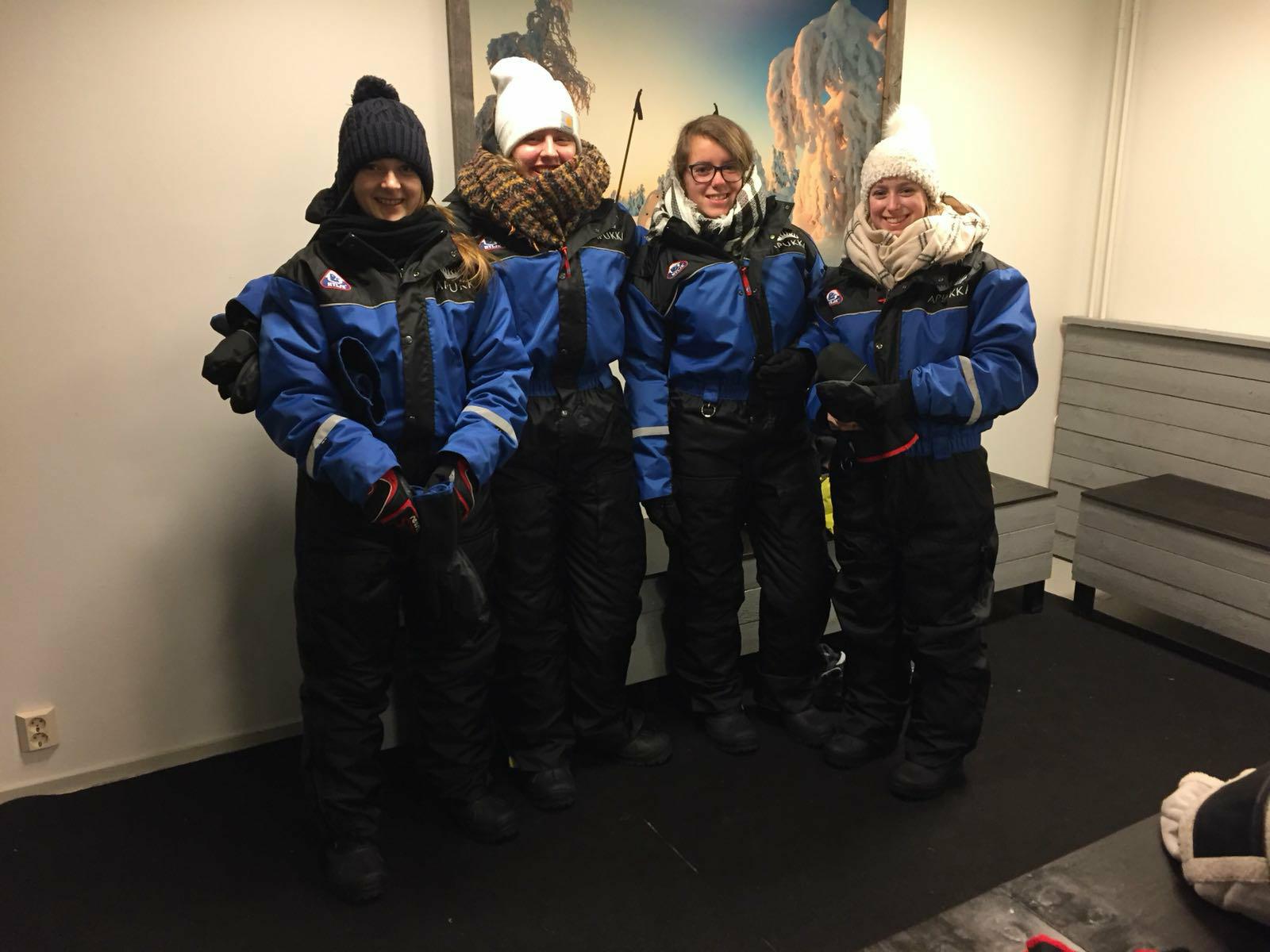 Our last day in Rovaniemi consisted of walking around the city, buying souvenirs and a visit to the Arktikum museum.

All in all we had an amazing time, it was a great adventure and we wouldn’t change a thing.